All Opportunities For Companies For Sales Agents Pricing Contact Us 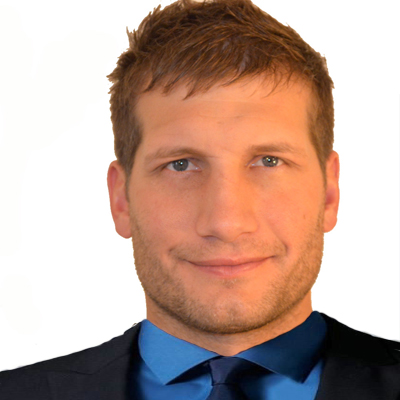 This week CommissionCrowd would like to introduce you to Roy Bauman.

Roy is a top sales professional and entrepreneur that uses his passion for sales to help others achieve greatness within the profession. Hey has a knack for telling it like it is and rarely sugarcoats his experiences.

In this post he talks about overcoming fear, which is by far the biggest cause of underachievement in the sales industry today.

Where Did your journey as a sales rep begin?

Low sales are embarrassing, demoralising and cause you more anxiety than you need in life. Ask me how I know.

I have written this post to share my experiences of working in the grueling ‘door to door’ sales industry and to tell you how I quickly became the number two best selling rep in the company within my first month on the job. Don’t worry, even if you aren’t a 'door to door’ sales rep, as a fellow sales professional you’ll still be able to relate to my experiences.

I grew up in Missouri living in a double-wide trailer in a town that was small enough to ensure that when something happened you heard about it. When I was younger I was constantly made fun of by other kids about my cut price shoes and clothes. I was timid, fearful, and BROKE. I HATED being broke!

Having little money but lots of ambition ultimately gave me the spark I needed to ignite a fire deep inside myself to do whatever it took to break out of that situation. It simply wasn’t acceptable anymore to keep scraping by because that’s all I had known how to do. It’s not a sin to want to be successful, nor is it wrong to want the nicer things in life – it was time to make a change.

This is the story of how I started to break the mold of where and what I came from and began to forge a reputation as the guy who “gets things done” which, in-turn also led to me being paid really well for all the hard work I was doing.

It all began when I got a job with a company that sold and delivered quality organic dairy products directly to their customers’ doors. They ran a membership service whereby the customer would pay a monthly fee and then didn’t need to worry about having to take a trip to the shops just to buy the basics like milk and cheese. I was amazed that this service still existed and seemed to be thriving in this day and age but the company had been successfully doing business for over 100 years which gave me a certain confidence that working for them would let me pay the bills. My job was pretty simple on paper: go door to door selling memberships to homeowners.

The company regularly ran competitions for the sales team. These were designed to not only drive our own sales but also to encourage a friendly competition in which we tried to out-sell our peers. The team of 22 sales reps was divided into two segments with one focusing on opening new accounts in the East and the other on the West.

It almost seems impossible to have gained a reputation like that when I started off so timid and fearful. But the change that happened to me, can take place in anyone with a strong enough desire to make it happen.

Sales in general isn’t an easy profession and door to door can be particularly tough.

I vividly remember the first time I walked up the path towards a prospect’s house, taking a deep breath and knocking. When the door finally opened I was acutely aware of my hands sweating. My voice trembled to the point that when I spoke, my words were all cracked up. My throat was tight and all I could think was, “I hope they can’t tell how nervous I am”. My fight or flight instinct kicked in and ALL I wanted to do was get out of there. I persisted despite how hard it was and after my first few days the leader-board results were in. Let's just say they weren’t particularly earth shattering.

My lack of confidence had me firmly at the bottom of the board: 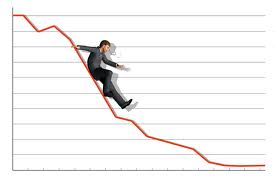 As I grew more comfortable in approaching potential customers and began to develop my own version of the “script” the company provided, I started to look at how I could improve my sales and climb the ladder to success.

Fear is probably the most powerful enemy you can ever face as a sales professional.

You quickly find yourself asking questions like: Will this job work out? Is there a genuine need for this type of product/service? Is it truly possible for me to excel here? Will the company fulfill their promises to me?

Doubting a new opportunity is bad enough, but self-doubt can be soul destroying. Once I made the decision to sell for this company, I knew I had to commit fully – no matter the fact that at the time it seemed almost impossible to do so.

Meeting the sales manager, my new boss, and liking him really helped right from the start. A good sales manager should give you confidence in yourself as well as in the company you both work for. I could tell right away that not only did he care about his job but being good at it was also very important to him. We had those traits in common right from the start and built a solid relationship from there.

Somehow, even after a few previous successes in the sales industry, I still had that fearful voice inside my head that kept asking whether I really thought I could do this job as well as the other salespeople working for the company.

“Do it anyway, focus on the task at hand and keep going until you finish. Face the fire and just do the best you can,” is what I had to keep telling myself. “You might get burned on occasion but embarrassment won’t kill you – it’ll just make you try harder.”

How did I ultimately squash that fearful voice?

I took action in training, listening and learning everything I could from my colleagues to the best of my abilities. As Henry Ford said, “Before everything else, getting ready is the key to success.” I was determined to be as ready as possible when training was over to be the best I could be!

I faced my fear by actually knocking on doors, talking to customers, looking silly and taking rejection in my stride. I ignored the voice in my head that was trying to talk me out of it and worked to develop my game and a positive inner monologue.

I built my courage one brick at a time until I had inner power and confidence that can only be achieved through repeated exposure to difficult and challenging situations that helped to sharpen my skills and abilities every step of the way.

How To Predict Your Next Sale

I hit 1,000 doors in my first 6 weeks. I knew from listening to Jim Rohn, the famous entrepreneur and motivational speaker, that if you kept track of your stats (how many calls you make, the number of people you talk to, the demonstrations done, the sales made etc.) a ratio would start to develop to help predict the average number of doors I would have to knock on to get a sale.

As I got better, so did my ratio!

This is where it gets exciting!

Now you know when your next sale is coming – you know it’s not impossible and you can better handle the inevitable rejection with the knowledge that the next door could be your “BINGO!” I can’t stress enough the importance of generating and using your stats. Make it a game even! As mentioned above, our company’s sales manager also kept stats for the team. It’s hard to beat the motivation that comes from some healthy competition between a good group of guys, not to mention the feeling you get when you’re at the top of that list!

The Fastest Way To Move A Mountain

I was on a mission to improve quickly and as I had no intentions of being at the bottom of our group of salespeople for very long. I quickly identified the sales agent who won the previous month and the proof of his skills was right there in his numbers. His stats dwarfed the second place salesman on the leaderboard and I knew I had to meet this “rockstar”.

My first impression of him was that he came across as being a little cocky, and seemed to admire himself a bit too much. Luckily my desire to learn from him was stronger than the dislike I initially felt for him. Over the course of a week, I was able to start building a relationship with him, letting him know that I looked up to him professionally and even got him to agree to let me ride with him and show me a few things. I happily sacrificed any sales I would have made that day to learn from him. It was a great investment!

During the day I spent with my mentor, he pointed out things that would have taken me years to learn on my own, things that I would never have even have thought of! He gave me direction and opened my fearful eyes to a new world rife with possibility.

My colleague had polished his approach and presentation to the point that he could do all of these things effortlessly:

The absolutely amazing thing is that there was no real trick to his success!

Admittedly, he did teach me how to spot the best prospects and how to identify the hottest areas but the single most important lesson I learned that day is to face your fears head on and push forward despite the voice inside my head that kept telling me to give up. There is no way to describe in words just how much he helped me in that one day. I had gained an instant edge over the rest of the team, who seemed to view him solely as competition and made no effort to learn from him as I did.

As I got to know him better, I learned that he was a really good person of high moral standards and that I had horribly misjudged ambition for ego in those early days. With his help, and my own hard work, I was able to rise to the top of the leaderboard and took second place (behind only my mentor) out of all 22 salespeople after only one full month of selling.

Here were my leaderboard results after my first full month of selling:

Here’s What I Told The Others:

After that first month people really sat up and took notice of my achievements. The fact that a new guy on the team was suddenly out-performing them no doubt woke them up! They asked me for my “secret” and I happily gave them these two simple bits of advice:

I didn’t believe it was possible for me but despite my fear of failure I took action and managed to achieve my goals! Please believe this above all else, if I could do it, so can you!

You can check out Roy's new venture here: www.handymanbusinesspro.com